The following is an example of a package diagram. 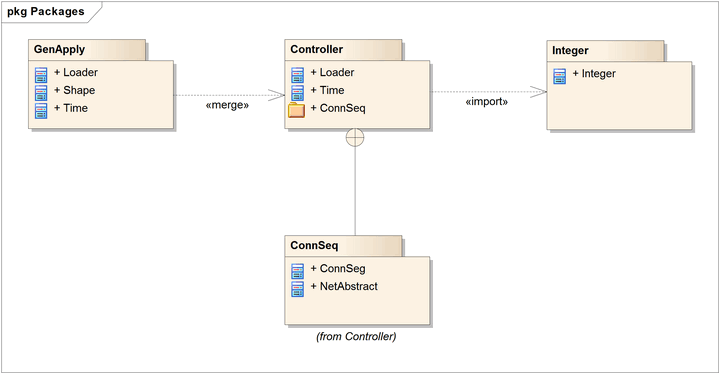 Packages can be built to represent either physical or logical relationships. When choosing to include classes in specific packages, it is useful to assign the classes with the same inheritance hierarchy to the same package. There is also a strong argument for including classes that are related via composition, and classes that collaborate with them, in the same package.